Company KELI Sensor (Ningbo) is updated high-tech enterprise, the basic tendency of which is production of high-accurate sensors for weighing and force-measuring systems. Based on advanced researches, progressive equipment used in production as well as control and testing our annual volume reaches 1 million sensors and 500 ready-made weighing systems.

Strictly followed quality standards OIML R60 and ISO 9001:2000 we can produce many types of sensors possessing the following qualities:

Thereby, we secure high accuracy and reliability of all sensors.

These load cells can be applied in different fields of industry, such as:

We have got good image and reputation of our brand (KELI) in both domestic and foreign markets. Company KELI is the biggest manufacturer of heavy-load load cells in the world.

Development of new products and innovative technologies in the company KELI 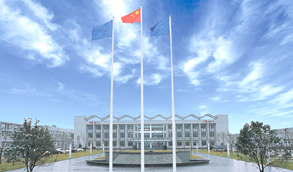 We give much attention to development of new products and innovative technologies and extend to increase production getting involved much human resources and modern equipment for prompt development. We have formed research departments occupying with sensors of weight and load, converters of signal from sensors, amplifiers and weighing systems. The modern equipment such as: superclean-space room for glue, automatic control system of congelation and thermo compensation, automatic testing system and etc are used in production. Company has three big laboratories for surface treatment, material testing and temperature control.

Since 1994 we have kept strictly quality policy based on continuous adoption of progressive ideas, focus on buyer, technology domination and we considered quality as essential for us. We have created institute with 11 departments and two research centers, we have drawn up method of strategic planning, the characteristic features of which are invention and improvement. All these allow us to be competitive both in price and in quality. 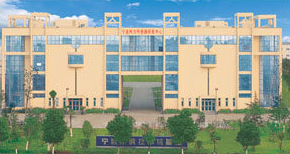 We have created modern trade network with 5 trade centers and 25 agencies. We have first service of free phone service support for buyers of our sensors. We cover 40 % of market in China by means of continuous efforts of our employers.

We support production of sensors according to the standards of OIML. Our company considers large perspective in implementation of foreign markets. At the present moment we have created business cooperation with countries of South-East Asia, Africa, South America, USA, Europe and the Ukraine.

Five basic components of our strategy are:

Since we have been leading manufacturer of heavy-load load cells for weighing and force-measuring systems in China our next purpose is to be leading world manufacturer.